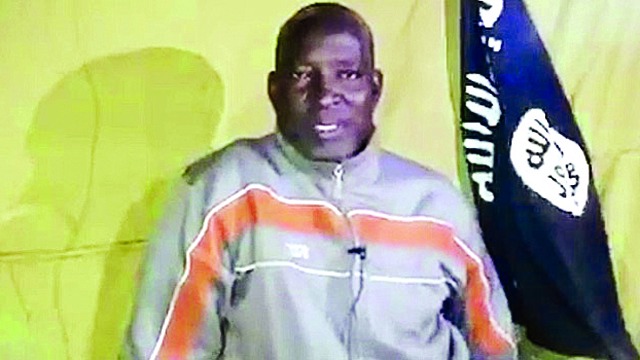 MURIC has joined CAN and other Nigerians to condem the killing of Lawan.

Prof. Ishaq Akintola, MURIC Director In a statement released on Wednesday, commiserates with families of the berevaed and CAN, while stating that the dreaded Boko Haram group does not represent Islam.

MURIC also called on CAN for an alliance set against terrorism in any shape or form rather than the usual blame game.

“We are all losing our loved and respected clerics, friends and family members.” MURIC said, adding “We are all victims. Let us console ourselves and strengthen our position with prayers instead of resorting to blame game,” he said.

“We are at a loss for words. This killing is horrendous, ungodly and barbaric.

“We condemn it in the strongest terms possible. We reiterate our earlier declaration that Boko Haram is not an Islamic group, rather it is a group of misled zealots.

“Any group that kills at will and sheds the blood of innocent people cannot represent Islam,” he said.

“We call on all Nigerians regardless of religious background to unite against Boko Haram. We must stand up together to fight the evil in our midst,” he said.

“We charge the Nigerian military to leave no stone unturned in its efforts to eliminate the insurgents.

“Our hearts are heavy as we remember the bereaved family. But we are assured in the global reach of God’s divine umbrella.

“Only Him can console them. Only Him can heal. We pray that the Almighty God will give succour to members of the deceased’s family, his friends and associates,” he said.

“We are all losing our loved and respected clerics, friends and family members.

“We are all victims. Let us console ourselves and strengthen our position with prayers instead of resorting to blame game,” he said

Oluwo Of Iwo Latest: My Suspension Story Is Mere Audio

Naira Marley Surrenders Self To Police As Funke Akindele And Hubby...