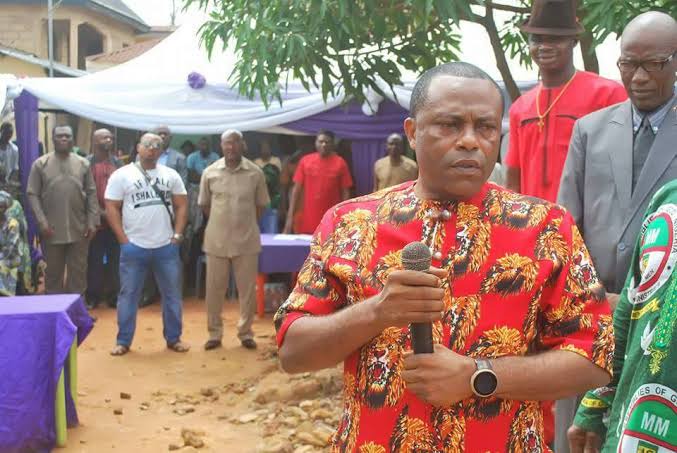 Imo State Chairman of the Peoples Democratic Party (PDP), Hon. Charles Ezekwem has done the unimaginable as he resigned his position as the scribe of the party.

Many reasons were attached to his untimely resignation but the cogent reason and the most discussed is the lost his party experienced at last Saturday’s rerun election in Okigwe North Federal Constituency of Imo after which he declared and tendered his letter of resignation.

In his statement Hon. Ezekwem said he had also resigned his membership of the Peoples Democratic Party, PDP.

According to him, he took the decision – which he said was personal – after due consultations with his family members and supporters.

“In view of the prevailing circumstances within my party viz a viz present standing as the State Chairman of PDP Imo State and after due consideration with my family, and with approval of my supporters, I hereby tender my resignation as PDP Chairman Imo State, also as a member of the party in the ward of Okigwe LGA which has been duly communicated to the ward Chairmen.”

Just recently, about eleven members of Imo State Assembly who are members of the PDP and other parties, decamped to the APC.

Following the Supreme Court’s sacking of former Governor Emeka Ihedioha,members have been leaving the PDP for APC.

Makinde Threatens To Expose Those Politicising Insecurity Because Of 2023 Ambition